Pirames International – digital aggregator for audio and video music contents – start a new development process which begin with Guido Dall’Oglio joining the team for supporting the company business development. Since 2005 Pirames offers advanced and over performing digital services. In the last 2 years had reached extraordinary results, in a clear opposite trend respect the global music market during the pandemy of Covid, with an average increase of 45% on the total turnover handled. 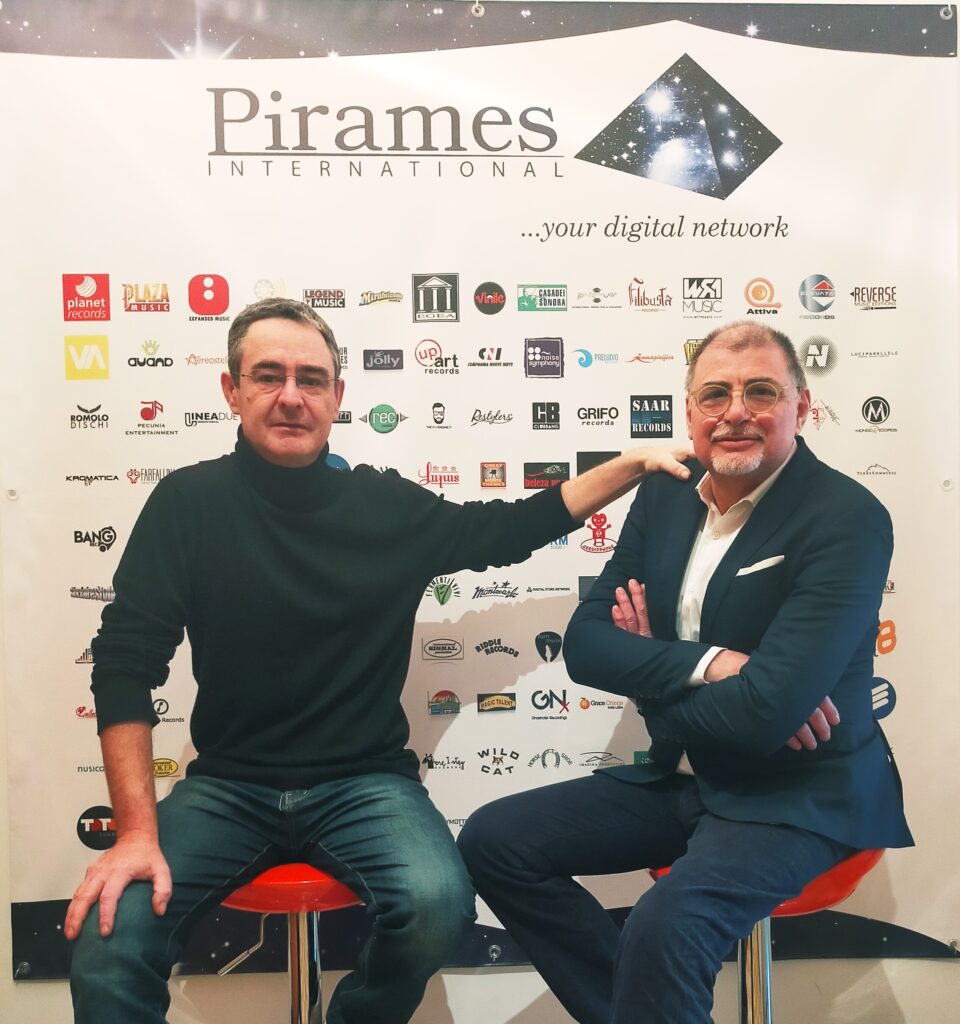 Being already in the first positions in terms of national market share, Pirames is now taking a further step towards an even more solid international perspective, setting itself a double-digit growth target. In this scenario, the company welcomes the entry into the team of Guido Dall’Oglio, who will take care not only of the acquisition of new repertoires, but also (and especially) with the development of their profitability in through Digital Service Providers, expanding the collecting networking and working on new kind of digital incoming.

Federico Montesanto – CEO & Founder Pirames International: “I am sure that Guido Dall’Oglio, thanks to his attitude and his know-how, is the right person and the ideal professional who will support us in this new and exciting journey. His contribution will improve the suite of services offered by Pirames in order to over perform the global data placement and will confirm, once again, how our priority is always creating value, growth and satisfaction for all our customers”

Guido Dall’Oglio: “For so many years I have been fighting for correct and analytical distribution towards creators. Out of 5 billion people connected in the world, if we assume a “play” per day for a chain of rights of at least 5 possible creators, we get 25 billion transactions daily, and this is a low estimate. The system has underestimated this exponential growth of the data flow, especially the collecting companies which are struggling to track and monetize similar volumes. Digital aggregators are far ahead: they are digitally and analytically born as by DNA and correctly scaling this universe of uses to the proper creators. This is why I am particularly happy to make the experience and relationships acquired over several decades in the music business, now available to Pirames for contributing to a growth in the quality and variety of services offered to its customers and. “Give to Caesar what belongs to Caesar” is the Pirames’ philosophy and I fully share it”

In 1980 he began his career at the Mediaset Group, managing its Music Division until 2014.

In 1985, after the first SIAE / Mediaset agreement, he arranged a new reporting system model for Collecting which, since 1998, incorporates advanced technologies such as the fingerprint and is still evaluated as the most precise system in the Italian scenario.

Over the years it has identified, produced and distributed around 200 soundtracks, collaborating with the most prestigious signatures of Italian musical panorama. He worked with the Rights Department for defining of the best conditions for broadcasting licenses (SIAE, SCF, AFI, IMAIE) also exercising a daily check on music operations pursuant to the obligations expected.

Represents the company reference for music legal issues and disputes.

He win Sanremo Giovani 2012 with the artist Alessandro Casillo.

In 2014 he began a new professional career by founding AMUSE Advanced Musical Services, a company

specialized in services for the management of music in the audiovisual market.

The experience acquired with Music Project (the Mediaset Group Music library) will be sued for creating Protones, professional platform for streaming, database and reporting and first music delivery service for audiovisual producers and public stores, developed in partnership with LaCosa.

He also collaborates with RaiCom, as stratecig consulting, for developing Music activities and suggesting the guidelines for identifying a modern model of organization for the management of the Music business.

In 2022, a new AMUSE service line is activated expressly dedicated to management and development

of synchronizations for advertising, audiovisual and games.

He is a member of the board of directors of MIA – Musica Indipendente Associata (association of music producers which aim to renew the obsolete business models of the music market) and is associated with the activities of the Unisca Permanent Observatory.