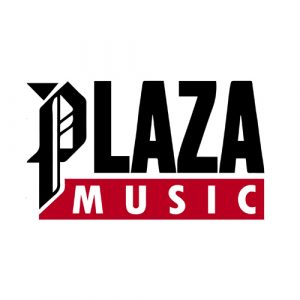 We are very pleased to announce the handing to the Italian trapper Capo Plaza, which took place at our offices by our CEO Federico Montesanto, of four prestigious GFK certifications relating to digital singles:

All songs, released between 2016 and 2017, represent together with Mai come vogliono, Non si ferma, Tutti i giorni (feat. Sfera Ebbasta), Giro con i miei e Sto giù, the Plaza Music back catalogue, label owned by the artist itself, and the whom distribution is exclusively managed by Pirames.

“We clearly celebrate these certifications with a great satisfaction, for Capo Plaza, who is an amazing and unique artist, but also for us, as a deserved reward for the job done behind the scenes in managing, recovering, protecting and developing his back catalogue.” (Federico Montesanto – CEO Pirames International)

Capo Plaza, pseudonym of Luca D’Orso was born on April 20, 1998 in Salerno. It grows on the eastern outskirts of the city, in the Pastena district. D’Orso began writing his first rhymes in 2011, at the age of 13. He made his debut in 2013 under the pseudonym Capo Plaza, through his YouTube channel, with the song Sto Giù. A year later he headed to Milan, where he signed a duet with Sfera Ebbasta. In 2016 he released the album Sulamente nuje, in collaboration with rapper Peppe Soks. At the end of the following year he signed to Sto Records, a label owned by Ghali, which allowed him to gain popularity with his single Allenamento #2. Subsequently he publishes the singles Giovane fuoriclasse and Non cambierò mai, which will make him known in the Italian trap scene. In 2018 his first official album, 20, entirely produced by his producer Ava, reached the top of the FIMI Album Chart. The success of the album was confirmed by the first places of the single Non cambierò mai and the song Tesla, the latter made in collaboration with Sfera Ebbasta and DrefGold. On January 22, 2021 it is the turn of Plaza, the third studio album anticipated by the single Allenamento #4, which reached the first position in the Top Singles. The sixteen-track record features collaborations with other artists, including Gunna, Sfera Ebbasta, Lil Tjay, A Boogie wit da Hoodie and Luciano. The foundations of the project were entrusted to Ava and Mojobeatz.