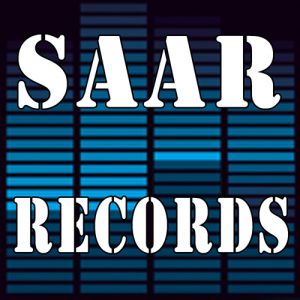 … at Pirames International offices, Chiara Santoro – YouTube Music Content Partnerships Manager, handed over to Boris Guertler, Chairman of SAAR Records, the YouTube Silver Play Button,  as awarded for having reached the 100.000 subscribers to their YouTube channel.

Boris Guertler (CEO SAAR Records): “I am very happy for this award and i consider it as reward for the amazing team job we all did and i need to thanks Pirames for its amazing support which we have had since the beginning. I honestly think that for a prevalent 70’s Catalogue, having been able to reach such a digital positioning on a digital platform as YouTube, is the prove that the actual technologies, if correctly used, can be extremely strategic in the business development for a music company.”

Federico Montesanto (CEO Pirames International): “The case history reached together with our friend Boris is honestly incredible, specifically if we think about what was our original goal, i am meaning positioning a prevalent 70’s audio catalogue in a videosharing platform as YouTube is. I believe that the certification handed over by YouTube to Saar demonstrate how it is possible to create value beyond mere digital distribution thanks to targeted strategies, perseverance and seriousness in applying them”.

Founded in 1958 by Walter Guertler, it is now in the hands of his son Boris, who has led it into the new millennium, albeit always respecting the tradition which has characterized it for 70 years and which has seen it create and develop some of the the most important brands and repertoires of Italian music, labels such as Celson, Music, Jolly, Joker, Signal, UP (Superstereo UP International), Lotus, Harmony, etc… and artists such as Adriano Celentano and Tony Dallara (recently included in the worldwide commercial by Coca-Cola with his famous song Come Prima), but also Nicola Di Bari, Enzo Jannacci, Fausto Leali, Luigi Tenco, Franco Battiato, Fabio Concato and many others.